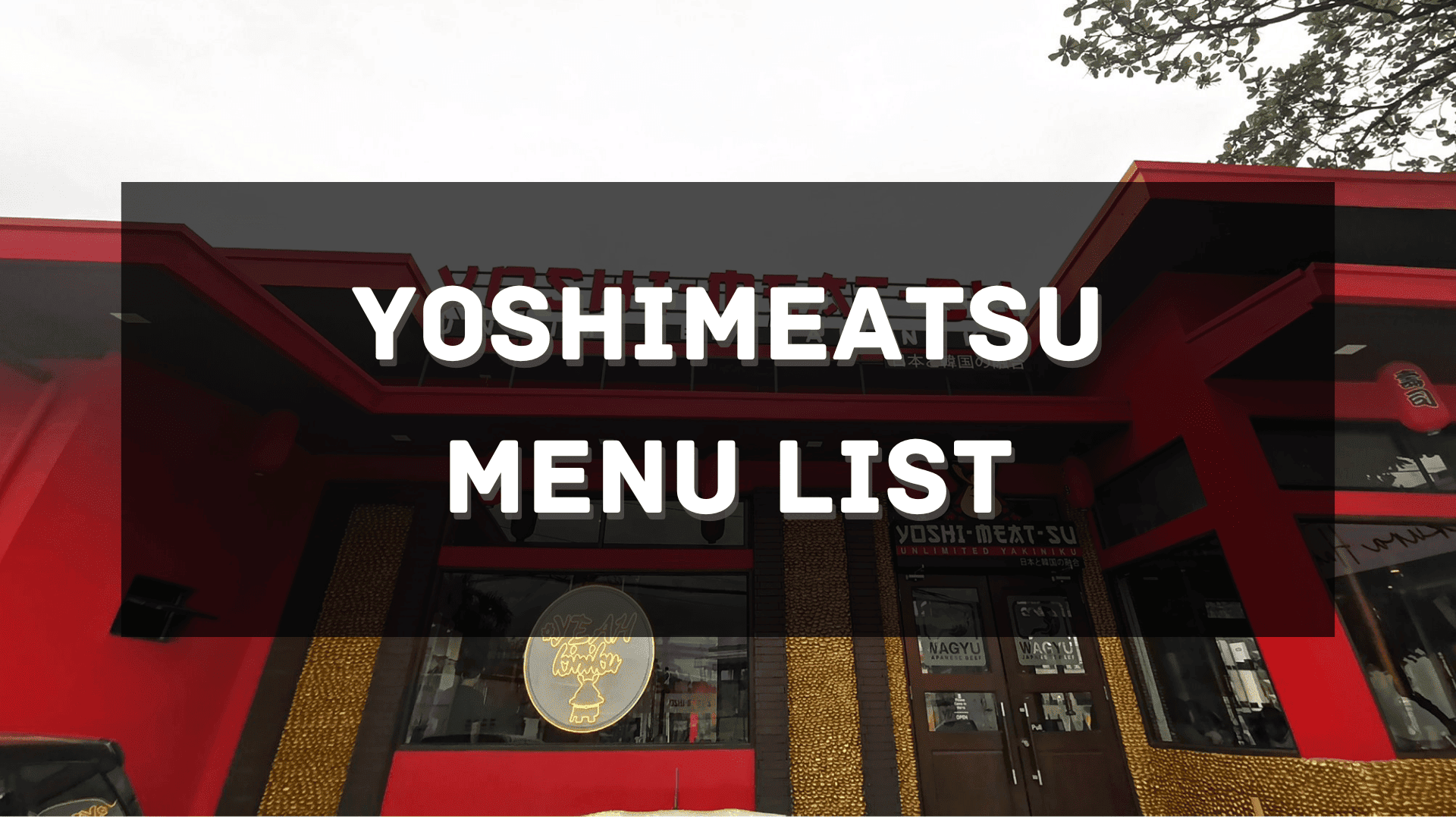 The newest addition to the restaurant scene, Yoshimeatsu menu, offers a blend of the most popular Korean and Japanese meats, elevating your endless grilled meat culinary excursions. They stand out from other yakiniku/samgyeopsal food chains in the metro not only for the delicious cuisine that provides excellent value for your money but also for their well-organized, technologically advanced ordering process. You simply tap your table’s touch screen to place orders and request refills. By using this method, you may avoid making repeated attempts to grab the servers’ attention.

Yakiniku will be your favorite dish if you enjoy Japanese food. In Japan, this style of barbecue, where meats are grilled over a charcoal or gas grill, is a custom that is all-you-can-eat. Restaurants provide a wide range of yakiniku selections, from traditional chicken and beef to seafood. Try yakitori, which are grilled skewers of chicken, beef, or pig, if you’re looking for something a little different.

Below, you’ll find the updated list of Yoshimeatsu menu prices.

A group of young people in the Philippines founded the local brand Yoshimeatsu with the goal of providing unli yakiniku in a mix of Japanese and Korean flavors for Pinoy consumers. 13 different varieties of meat and 19 different side dish options make for a delectable feast that will leave you full and happy. The Japanese version of grilling over an open flame is called yakiniku. It is among the earliest methods of cooking known to mankind, and this is true not just of the Japanese but also of the Koreans. In actuality, Japanese yakiniku is a kind of Korean barbecue, but it has evolved into a distinct cuisine with its own assortment of marinades and dipping sauces.

Yoshimeatsu is located at the intersection of Scout Fernandez and Tomas Morato Avenue in one of the busiest food districts in the capital. In addition to being a smart play on the name of the restaurant’s signature dish and a Japanese expression for “good luck,” the name has a richer, more ancient background.  His love of the arts and culture inspired him to construct The Golden Pavilion, a three-story structure with a complex design that served as both his retirement home and the inspiration for the restaurant’s decor.

A few of their greatest dishes include the electrifying Kani Salad, which also highlights mangoes and crab sticks on a bed of new lettuce and is sprinkled with Japanese mayo, he flawlessly fried Ebi Tempura, the scrumptious Spicy Tuna Maki, their iconic shrimp sushi Yoshi Ebi Maki, and the loved and respected passion fruit roll California Maki. They frequently provide a range of Japanese and Korean appetizers, such as pamuchim, kimchi, buta dumplings, miso soup, and tazukuri.

Although it is better to go to a Yoshimeatsu restaurant, you can still order in the comfort of your home via GrabFood or Foodpanda. In this way, you don’t have to queue in long lines and avoid traffic inconvenience.

For more updates you can visit their social media pages and follow them on:

How much does Yoshimeatsu cost?

It costs five hundred and forty-nine pesos to eat at Yoshimeatsu.

Dr. Lawrence Phoa Belo a member of the CKS high school class of 1997 who is also a co-owner of Yoshimeatsu, a Japanese and Korean BBQ grill restaurant on Taft Avenue, and an Associate Professor of Chemical Engineering at De La Salle University – Manila.

What are the foods that Yoshimeatsu provides?

Sushi rolls, yakitori, ebi tempura, unlimited yakiniku, and delectable sides like mashed potatoes, kimchi, and delicious seafood cheeseballs with gooey cores are all yours for only Php 549!

What is the meaning of yakiniku?

Japan refers to BBQ as yakiniku. Because the cooking time emphasizes bringing out the natural taste of the meat, several types of beef don’t appear marinated or pre-seasoned. A dash of salt, a squeeze of lemon, or a drop of tare are often the only spices needed after the meat has been cooked.

Yoshimeatsu menu cuisine has already won over the hearts of customers from its other locations, including those in Bulacan, Paranaque, and Quezon City, among many others. You will be served a range of side dishes first before diving into their mouthwatering meat for grilling.

The fact that Korean barbeque is both distinctive and tasty is perhaps the reason for its appeal. Because the meat has been cooked over an open fire, it has a distinct flavor. Moreover, the several side dishes that are included with the BBQ. Try a Japanese restaurant if you’re searching for a tasty and unforgettable supper. Japanese food is consistently delicious and is renowned for its richness and diversity.

In fact, because Japanese cuisine has grown so well-liked, many people believe that Japanese restaurants are the greatest in the world. Currently, Japanese culture is intricately linked to our own. From its thrilling animated flicks, action-packed anime, avant-garde clothing, and diversified food. Around the city, specialty eateries serving ramen, tonkatsu, and sushi are growing like mushrooms. Japanese grilled meat restaurants, or yakiniku, haven’t exactly taken off the way other grill joints have. This offers Yoshimeatsu a competitive edge by enabling them to offer their customers a great combination of Japanese and Korean food.