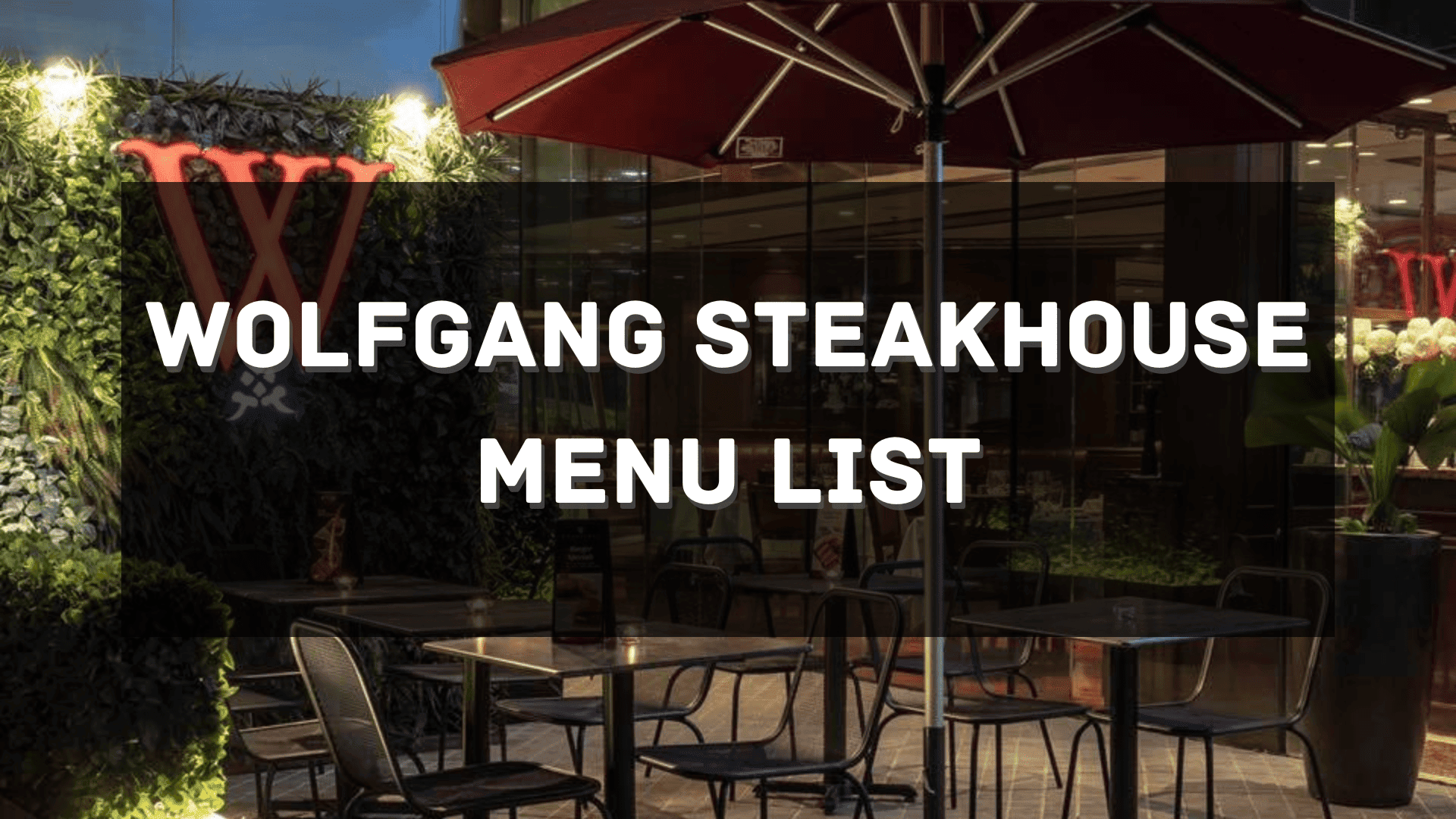 The Wolfgang Steakhouse menu exudes manly and old-world charm, just like a well-done steak. A few of the design features that have been carried over from the original locations in New York include the lengthy, strong mahogany bar, made of wood planked floors, wood wainscoting, alabaster chandeliers, and the mosaic tile ceiling, which is reminiscent of the original Gustavino tile ceiling of the first site in New York.

When a restaurant experience is described as fine dining, it means that it is more formal and of higher quality than an equivalent experience at a casual eating establishment. A fine dining business typically has a more upscale atmosphere and serves its food in a more formal manner.

Twenty-one successful steakhouses throughout the world hold the name of Wolfgang Zwiener, a real industry hero with more than four decades of experience.

Zwiener, who has established a strong reputation for excellent service and high standards, personally selects every side of beef served in his steakhouses and exclusively utilizes USDA Prime Black Angus beef for its flavor and texture. The ultimate product is opulent: sizzling-hot steaks with a flawlessly caramelized exterior that are meltingly soft and juicy.

Here are some of the best-seller menus that you must try at Wolfgang Steakhouse:

Jumbo Shrimp Cocktail – A large shrimp cocktail was served as the meal’s appetizer and was placed on an ice bed from this Wolfgang Steakhouse menu. Apart from the steak, Peter Zweiner, president and managing partner of Wolfgang Steakhouse, claims that the majority of the restaurant’s ingredients, including the seafood, are sourced locally.

Crabmeat Cocktail – The supper also included a fresh crabmeat cocktail that is perfect for sharing with guests before the main course.

Tuna Tartar – Avocado and toast pieces are served with the tuna tartare at Wolfgang’s Steakhouse. However, if you run out of toast, you can also try it with some of the homemade bread they offer before dinner.

Sizzling Candian Bacon – The sole meat starter on the menu is Canadian bacon, but it stands out for its extra-thick slices of bacon, which would be excellent with their baked bread.

Prawns and Pomelo Salad – Here’s a dish that isn’t on the American menu. To give a Southeast Asian flair, the prawn and pomelo salad was included in the Philippine menu.

Lamb Chops – Try the Wolfgang Steakhouse lamb chops menu if you’re at the restaurant and want a different kind of meat. The chops were served simply with mint jelly to enhance their flavors and had a fair amount of meat on them.

3-lbs Lobsters – Wolfgang’s Steakhouse offers more than just steak. On the night of the meal, when they were brought out, these enormous lobsters were a sight to behold. Either boiling or steaming your lobster is an option.

The U.S.D.A. prime porterhouse steak menu from Wolfgang Steakhouse is grilled after being dry-aged in-house for 30 days. The cooking technique, which involves grilling the prime steak over high heat on a ceramic plate, is uniquely American. The steak was grilled to medium rare, although it was prepared differently everywhere.

The steak’s surface was well-done and crumbly, and its interior progressively turned medium-rare from pink to crimson. The chance to experiment with various steak cooking intensities as a result. Due to the dry age, the steak had a rich flavor that was heightened when it was dipped into the sizzling shine. You can experiment with adding a different flavor and splash midway through the steak by using Wolfgang’s homemade steak sauce.

There was no sauce on the meat. Just a big, bone-in cut the old-fashioned way, nothing fancy. Perfectly prepared steak! My personal favorite cut is rib eye, and Wolfgang’s Steakhouse prepared it to your specifications. The steak’s superb searing and caramelized dark brown top and bottom were evident just by glancing at it. Cutting the steak was as simple as cutting a piece of cake because the meat was so tender.

A tinge of crimson may be seen in the pink center. This medium-rare steak was cooked to perfection. My lips watered at the buttery flavor of the fat marbling. The steak virtually melted in your mouth because it was so easy to consume.  The steak at Wolfgang’s Steakhouse is a culinary delight, especially when accompanied by a glass of red wine.

There are a lot of people going into the Wolfgang Steakhouse. Sometimes if we are in a rush, it would be inconvenient for the customer to wait for a long time or to book a reservation. However, customers could now enjoy their famous Porterhouse steak and ribeye steak in the comfort of their homes via delivery through their website or the GrabFood app.

To get the latest status, updates, and promos, we highly encourage you to visit their website and subscribe to their social media pages below:

Who is the owner of Wolfgang Steakhouse?

The founder of Wolfgang’s Steakhouse in the US, Peter Zweiner, has a straightforward formula for success: buy the best steak, age it in-house, cook it quickly, and serve it.

Where is Wolfgang Steakhouse from?

Why is Wolfgang Steakhouse so expensive?

There is no way around the greater expense to have that kind of steak experience because the premium beef and the dry-aging technique are what cause it.

What do you wear to Wolfgang Steakhouse?

Visitors arrive in well-groomed sportswear or casual attire. Although ties and coats are not required at any of the restaurants, you will see slightly more formal attire at fine dining establishments.

On December 22, 2018, Wolfgang Steakhouse menu, the third Philippine establishment, had its official debut. Since then, it has developed into a popular restaurant for important occasions, business luncheons, and filling workday dinners. The famous USDA Prime Dry-Aged Steak, which is the hallmark dish, has served as the focal point of several family gatherings and business meetings in the neighborhood. The extensive menu of traditional and innovative cocktails, domestic and foreign beers, and wines from its acclaimed cellar has something for everyone. Try Wolfgang’s Steak Sandwich, sliders, truffle fries, or tuna tartar crostinis from the amazing bar specials menu. Whatever you’re looking for, whether it be a lunchtime pick-me-up or a well-earned nightcap, you’re sure to find it here. In the center of Bonifacio Global City, Wolfgang’s Steakhouse BGC delivers a taste of New York from another part of the world while surrounded by stunning modern architecture and paddocks of meticulously maintained vegetation.