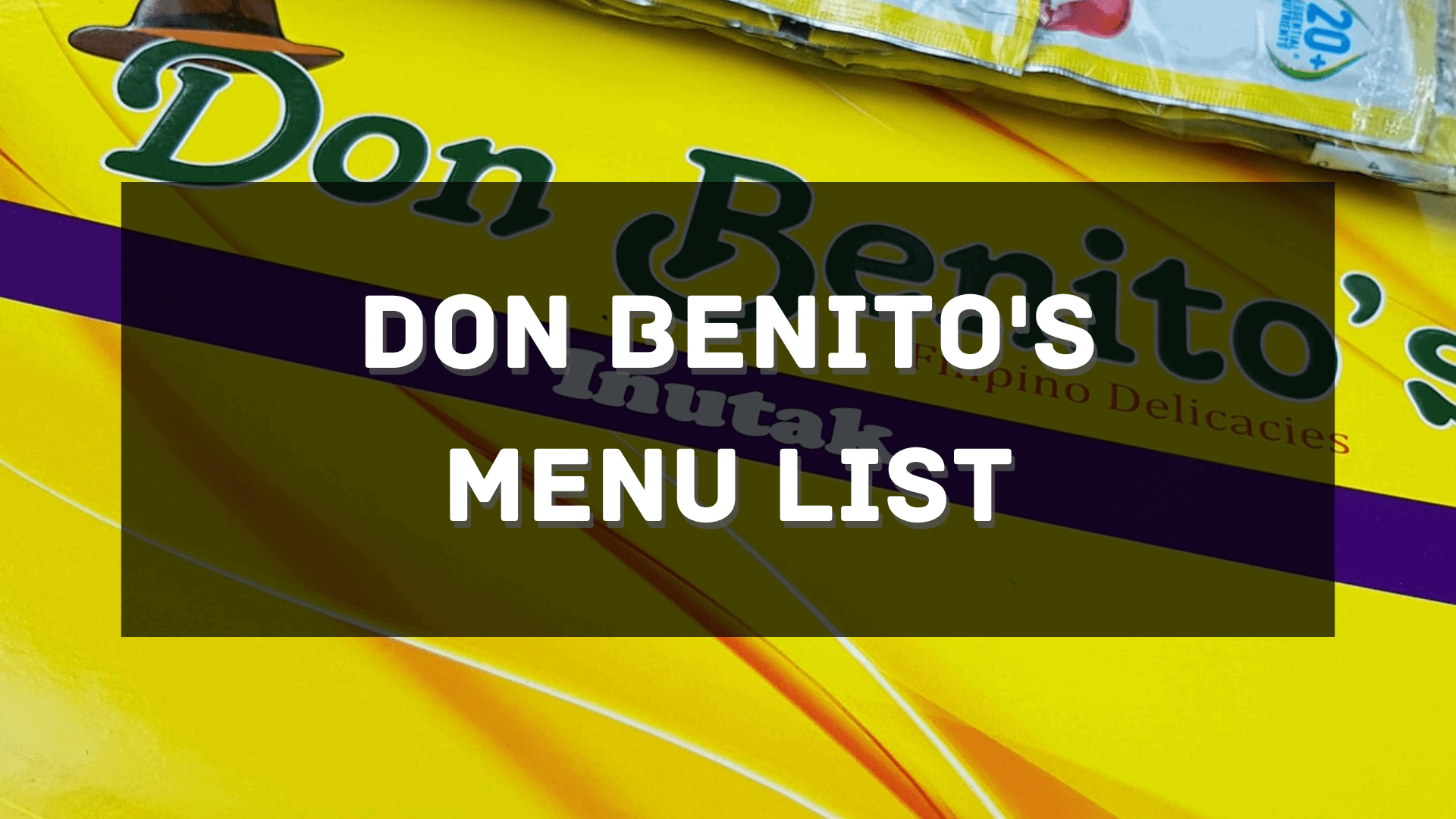 Cassava is a nutty-flavored, starchy root vegetable. It is popularly known as yuca in North America; however, it is also known as manioc or Brazilian arrowroot. Cassava is endemic to the Philippines and other tropical regions of the world due to its capacity to tolerate tough growing conditions; in fact, it is one of the most drought-tolerant crops. The Cassava cake is a traditional Filipino cake made using none other than cassava. The other ingredients consists of coconut milk, milk topped with a custard layer. It is a particularly well-liked dish in the Philippines, where merienda is usually served with it. It is usually given during parties and special events. One of the best stores for Cassava cake in the Philippines is Don Benito’s. For a wide selection of unique homecoming delicacies or “pasalubong” for your loved ones, Don Benito’s acts as a one-stop shop. By doing so, it hopes to promote high-quality Filipino food products, something of which Filipinos can be justly proud. They provide four flavored cassava cakes in various sizes: Original Cassava Cake with melted cheese on its top, Mais flavor, Langka, and Macapuno. All of them are available in various sizes. They aim to extend their operations throughout the country in order to improve their sales and market. In this post, we are going to show you Don Benito’s menu and about their company.

Don Benito’s is a family-owned business that sells authentic Filipino food including Cassava Cake and other delicacies. Don Benito’s cassava cake is known as a “Melting Cassava Cake” because of its soft and delectable texture. Karlo Benito Cruz launched the company in 2008. After graduating in early 2007, he was inspired by his father’s business, Ree Chichie Cassava Cake. It is presently thriving as a result of the unquestionably, delectably, and enticingly Cassava Cake, which also has multiple branches in the area.

Don Benito’s would not have been feasible without Karlo’s parents. His parents worked as butchers in a meat market. They worked to cover their daily expenses and to help Karlo Benito Cruz with his legal studies. Because of his parents’ dedication and commitment, he was able to complete his education and pass his bar exam.

With his father’s approval, Don Benito used the family’s top-secret recipe to create Don Benito’s Cassava Cake shop in Marilao, Bulacan. Along with cassava cakes, it also sells other delicacies from the Philippines and beverages like coffee, iced tea, and sago’t gulaman. Additionally, it serves a different market than his father’s company, so competition won’t be a problem for them.

Two things make Don Benito’s Menu Philippines well-known: desserts and ice cream. Their menu for desserts includes Cassava cake, Pichi-Pichi, Don Biniko, Inutak, Buko Pie, and other sweets. Don Benito’s menu provides Malon, Cheese, Choco, Mac & Cheese, and Popsicles under the Ice cream category. It takes pride in these products as these are its best sellers. These products are what most customers look for when visiting their stores.

Pichi-Pichi is a wonderful dish that has been ever-present in different Filipino provinces. Their Pichi-Pichi is an innovation of the classic Filipino Merienda into a sought-after snack, dessert, and pasalubong; upgraded with high-quality ingredients. Pichi-Pichi from Don Benito’s Menu is quite difficult to resist.

It is the second main course on their menu and has a typical flavor that the locals enjoy. It also comes in a variety of flavors. The gelatinous, stiff, and dense quality of this Pichi-Pichi, which is the firmest of the bunch, works the teeth. It has a sweet flavor and minimal cassava flavor, but a particularly pronounced pandan accent.

Aside from its physical stores, Don Benito’s also offers delivery services when it comes to its products. They offer ready-to-eat food such as their famous cassava cake and pichi pichi. They also serve and deliver nilupak, ube, and chicharron laman. To order online, you can visit their website at https://donbenitos.ph/.

For updates on Don Benito’s, a customer can visit them at these social media pages:

Who is the owner of Don Benito’s?

How many pieces are there in Don Benito’s Pichi Pichi?

One of the best-sellers of Don Benito is its Pichi Pichi. Customers often order it for its taste. It comes in different flavors which customers can enjoy. There are 30 pieces in one order of Pichi Pichi.

Differentiating a product involves being able to explain the aspects of your product that will set it apart from the competition. One method to differentiate is by innovation. When you innovate, you leverage the qualities of your product by delivering it in multiple ways through value combinations. Don Benito’s is a popular brand for cassava cakes. The cakes have a great flavor, are stuffed with cassava, and are just the right amount of sweet. They provide cakes in a range of sizes, from those that feed one or two to those that are more suited for gatherings. Don Benito’s menu consists of original/plane variety, additional varieties like cheese, langka, and macapuno are also offered. Additionally, their pichi-pichi is excellent. All of these for extremely affordable costs.