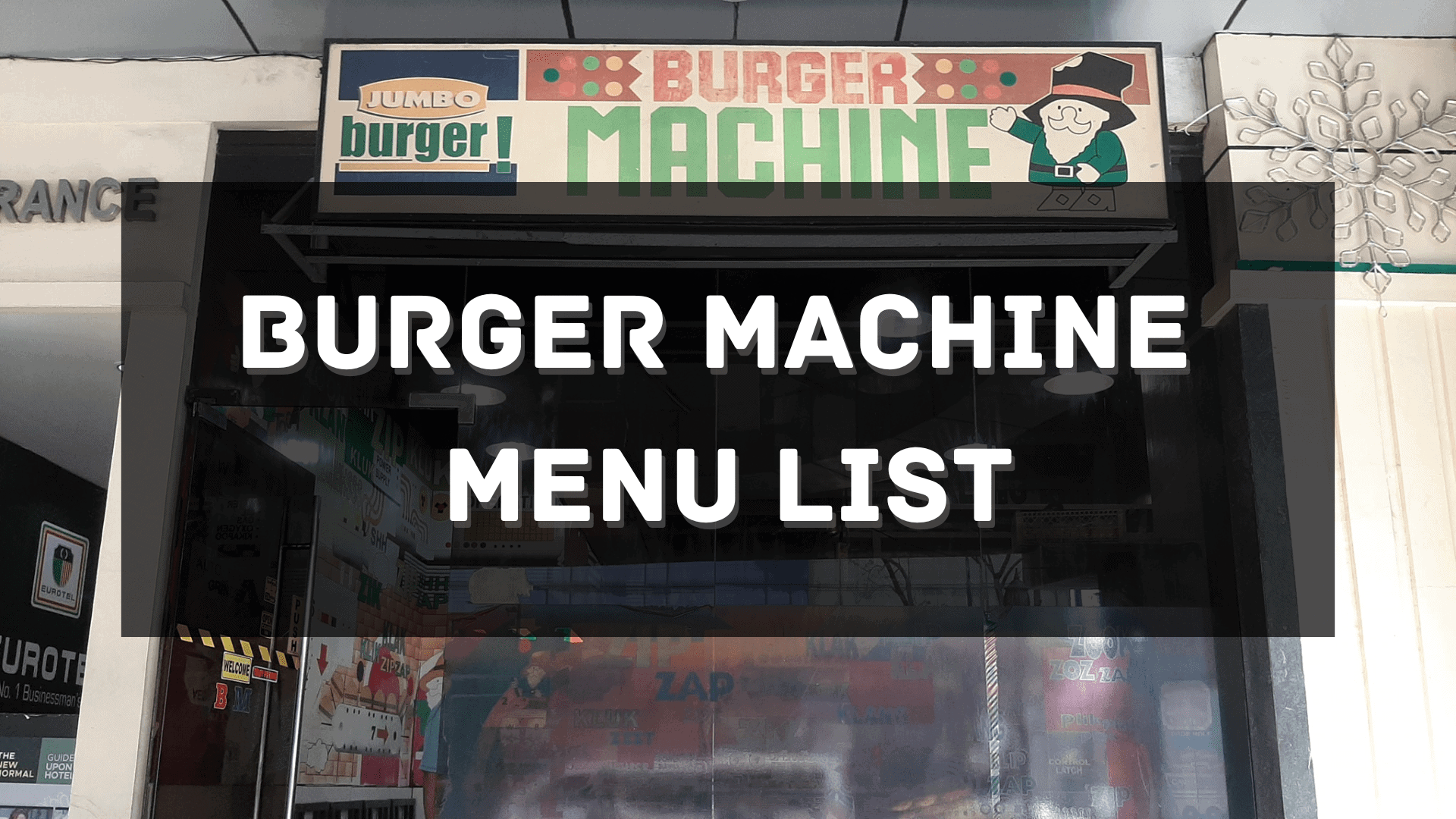 Big tasty Hamburger sometimes, when we’re pressed for time, eating on the go is made simple by hamburgers. No matter the time of day—whether it’s for breakfast, lunch, or dinner—we always get a hamburger, along with maybe some fries and a Coke. It’s common knowledge that many eateries prepare their hamburgers a certain way. From restaurant to restaurant, the preparation varies. One of the well-known fast-food chains in the Philippines is Burger Machine. It belongs to the Gilmore Food Corporation as a subsidiary. Burger Machine has never sold its products in stores, like Jollibee and other burger companies do, preferring to sell them from outside kiosks. The Burger Machine menu is noted for its delectable and inexpensive hamburgers seven days a week, 24 hours a day, giving hungry Filipinos a quick fast-food fix despite odd hours.

Ms. Fe Esperanza S. Rodriguez and her sister created it in 1981 after coming up with the concept of transforming two outdated, small buses into mobile stores with inspiration from the United States. They were inspired by their love of hamburgers to start a business that would serve the whole public. The businesses were subsequently opened in Quezon City, close to two gas stations. They all started out with a combined capital of P40,000 and a staff of about 20 people who worked nonstop. The moniker “the burger that never sleeps” was given to Burger Machine because of its nonstop service.

A third store was inaugurated a year later. The business was well-known across the country. In addition, it began running six food centers in June 1988. The EDSA Business Unit was the initial name of the corporate office in EDSA when it opened in 1990. The Department of Science and Technology’s Food and Nutrition Research Institute declared their burgers to be “the source of the most nutrients in terms of peso value compared to other top hamburger restaurants.”

Burger Machine has opened dozens of locations throughout the years, both booths and full-fledged fast-food restaurants. However, the company encountered great difficulties and was required to close numerous branches and restaurants during the Asian Financial Crisis of the 1990s. Burger Machine is once again operating as a 24/7 hamburger stands for the public.  As of 2011, Burger Machine had more than 1,000 locations throughout the nation, earning the company the moniker “the National Burger Stand of the Philippines.”

When eating at Burger Machine you must consider these menu:

For more information about Burger Machine you can visit their social media pages:

Is there still Burger Machine in the Philippines?

Burger Machine is once again operating as 24/7 hamburger stands for the public. There is still a burger machine in the Philippines.

How much is a Burger Machine in Philippines?

Can you order online at Burger Machine?

With more than a thousand locations across the nation, it’s not difficult for a burger enthusiast to stop by the closest Burger Machine and place their favorite orders. You can go to Lalamove or Grab Pabili to get a rider to place your orders and bring them to you even if Burger Machine doesn’t currently offer delivery options or a website for putting orders. You can acquire these cheap treats at any time of the day with just a few easy steps, a little cost, and a few touches on your app.