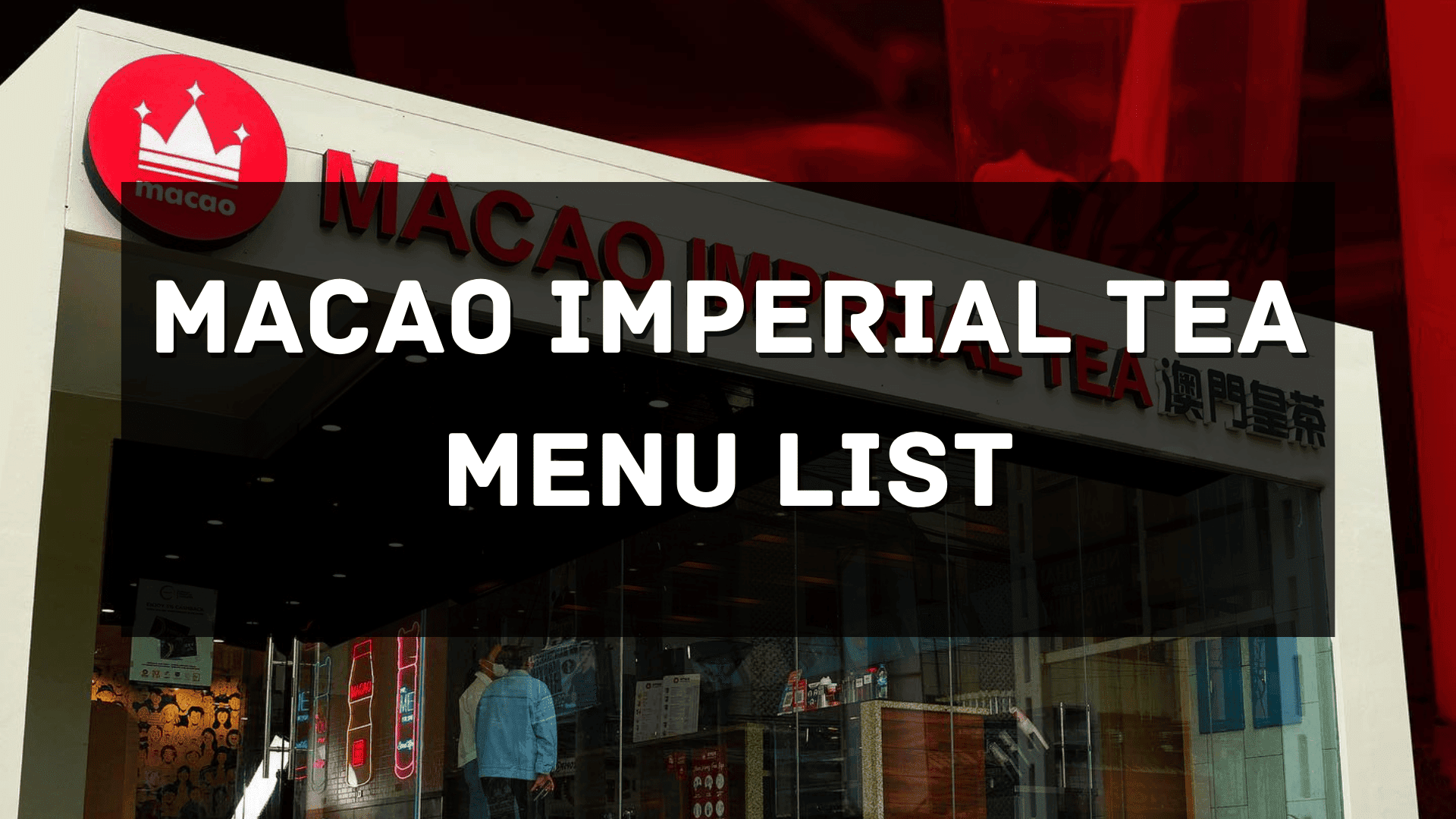 Nowadays milk tea becomes a new trend, especially in cold beverages. Since 2010 milk tea has always been a popular choice and over time become people’s comfort drink. There are numerous brands of milk tea in the country that offers premium and quality grade milk tea but of course, we are looking for the best. Who wouldn’t right? With a lot to choose from let me introduce you to a brand that can change the way, you see a typical milk tea. Let us talk about Macao Imperial Tea. The Macao Imperial Tea menu is a great option to quench your thirst, especially with hot weather in tropical countries like the Philippines and other neighboring Southeast Asian countries.

Their product can easily be seen anywhere in the country from malls to different locations. Not just in the Philippines but in other countries as well. The innovation of this milk tea brand becomes phenomenal, and that’s what is behind its success. Their product is one of the best milk tea that you can find in the market nowadays.

Personally, I like almost all of their cheesecake-flavored drinks since I love cheesecakes. Not a fan of milk tea? Not a problem since they have fruit-flavored drinks as well, you have a lot to choose from and you will never get wrong on going to their stores. No further ado Let’s talk about Macao Imperial Tea, a tea brand that originates in Macao.

Macao Imperial Tea is a quick-serve franchise that proudly originated in Macau a province of china. Specializing in refreshing beverages like milk tea and fruit tea. Macao Imperial Tea highlights a mix of the rich Mancanese Culture with way as a personal touch. Macao Imperial Tea was established in Macao way back in 2012 by the Fredley Group of Companies. All of their tea leaves are sourced only in Macau to ensure the quality of their drinks. This is how they maintain the same taste on their menu wherever branch you brought their incredible product.

Fredley Group of companies was founded by Arvin Ong. One of the Philippines’ most successful young entrepreneurs of his generation. The CEO graduated from Dela Salle University in 2010 with a degree in Mathematics specializing in business applications. He founded his own company after his parent’s name in 2014. Macao Imperial Tea was chosen recently as a trusted brand of the Philippine Golden Awardee for Milk Tea Shop. Macao Imperial Tea is brewing with over 400 branches worldwide. They have branches in countries like Vietnam, China, Canada, the United States, Malaysia, Macau, and The Philippines.

If you want to try ice cream, check out the DQ Blizzard.

Though they have a lot of flavors to choose from Here are the Top 10 Best Sellers of Macao Imperial Tea that they can offer to help you choose just in case you’re new to their menu.

Macao imperial tea has a special drink to offer to their valued customers here are the list of their special drink that you can choose from. (With glass tumbler)

For me – This one is one of the Macao Imperial Tea menu best-sellers among their special drink. Strawberry milk flavored drink placed in a black bear tumbler and served with ice.

For you – This one’s flavor is caramel macchiato, and it’s perfect, especially the ingredients that they used to create this. Placed in a white bear tumbler and is served with chilling ice.

Special genuine and memorable this is what Macao Imperial Tea brings in each and every cup that you sip that is specially made for you. Getting your Macao Imperial Milk tea is now hassle free if you don’t have the time to go outside or you want to avoid the hassle of traffic. Thanks to their brilliant idea of having a delivery service you can now enjoy your milk tea by just going to their website at order.fredleygroup.com You can also order your favorite Macao Imperial Tea thru Food Panda, Grab Foods, and other third party delivery services nationwide.

Get in Touch with Their Team

Fredley group of companies would love to hear from their consumers, if you wish to talk to them you can easily get in touch with them by simply sending your feedback and other concerns to wecare@fredleygroup.com

You may follow them as well on social media to know more about their promotion and other events.

Macao Imperial Tea established a good reputation for their milk tea menu and other products because of quality, getting recognition from different parts of the country and abroad simply proves that their drinks are one of the best in the market, from their varieties of flavors you can easily pick your favorite on their menu, the accessibility to buy from them is hassle-free since you can order Macao Imperial Tea thru deliveries. Who would have thought that Arvin Ong the young entrepreneur and the CEO of Fredley Group of Companies would make this Milk Tea brand big on the market? You can always guarantee that when you buy Macao Imperial Tea you are having the best quality milk tea on every sip. I also noticed how affordable their Add-Ons are if you want extra pudding. This brand made it on top not by just the quality services that they provide but because they are continuously doing their very best to improve their product. Overall a must-try for milk tea lovers and for those who are willing to try a different taste experience.